How to Structure Your Campaigns for Effective Reporting in Salesforce 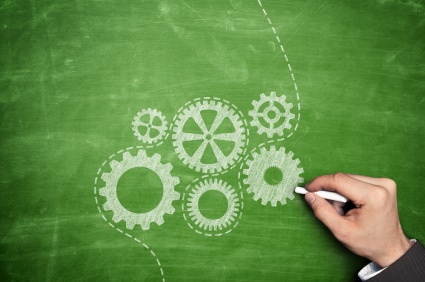 I’ve seen people approach Campaign organization in salesforce.com in several ways. Some consultants advocate a Campaign structure with multiple levels of Campaign hierarchy, but that approach may be unnecessarily complex for most organizations. You can achieve nearly all of the same benefits by categorizing your Campaigns using custom fields and single parent-child hierarchy.

The Campaign Type standard field on Campaigns is a great way to organize your Campaigns based on channel. This is where you would mark a Campaign as a “Webinar” or a “Conference”. If you find that you want more granularity here, you can create a custom sub-type pick list and make the values dependent on the type pick list.
You may also want to create other custom pick list fields such as product line, audience or region to further segment your Campaign performance.

Segmenting Your Campaigns by Date

Many people recommend using the built-in start and end dates on the Campaign to segment Campaigns by date. This approach can work, but the major drawback is that some Campaigns can run for long periods of time and an accurate start and end date for a generic web form Campaign may not offer anything meaningful. To work around this, some organizations create time specific versions of the same Campaign. Typically this is done yearly because there is a fair amount of overhead in changing all of the systems that add Leads and Contacts to Campaigns.

This gives marketers visibility in to the Campaign responses that were truly generated during a given time period, rather than relying on the fact that the Campaign itself was scheduled for a specific point in time.

In some cases it makes sense to group Campaigns together using hierarchy, specifically if you have a campaign that has multiple aspects. A good example is a webinar that may be presented live as well as recorded for future consumption. In this case the parent would be the overall webinar and there would be “live” and “recorded” child Campaigns.

We recommend limiting the Campaign hierarchy to a single parent-children relationship. While salesforce.com supports up to 5 levels of hierarchy, the reporting capabilities become limited the more levels you add.

Bringing it all Together

I’ll be the first to admit that each situation is unique and different business requirements may need a different approach, however, I have noticed a tendency to over engineer Campaign structure to the point where it can be frustrating to work with the data and in general recommend starting with something simple and flexible and adjusting to accommodate special cases from there.

Looking to better track campaigns in Salesforce through UTM codes? Download our “Definitive Guide to Tracking UTM Parameters in Salesforce.”

Luke was previously Director of Product Management at Full Circle Insights, responsible for product strategy, vision, and roadmap. He is a Salesforce.com Certified Administrator and previously he worked at Nuvation Research Inc integrating IT and Marketing tools.

This ultimate guide contains all of the best practices for measuring the success of your marketing campaigns using UTM parameters inside Salesforce.