What businesses can learn from the political divide in the US 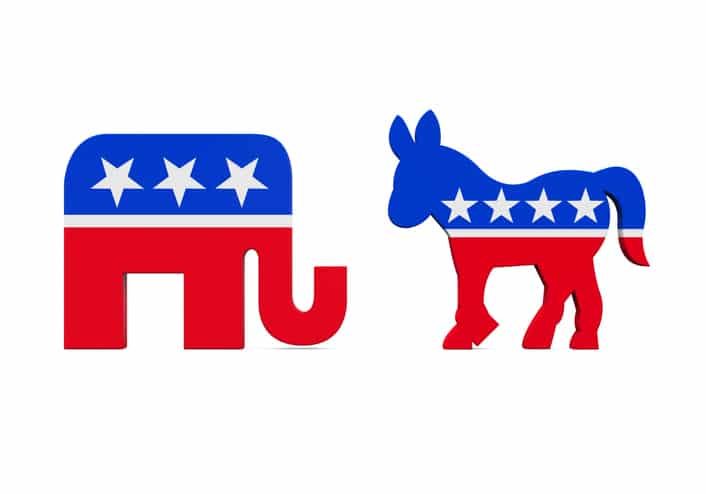 Divided we fall, it’s as simple as that

By the time you read this, I hope US government workers have at least received their far-delayed pay owed to them for their work during the government shutdown. But no matter who blinked first to end the shutdown (or possibly start it again), chances are another self-inflicted crisis will likely happen between now and 2020 because Washington politicians don’t remember how to work together.

This is no way to run a “superpower.” Americans are pissed off nationwide, and despite the president’s insistence that America is respected again, confidence in American leadership has plummeted worldwide. Even so, the US will likely survive its embarrassing inability to conduct the business of government — it’s too big to fail.

We desperately need to remember Patrick Henry’s declaration, “United we stand, divided we fall.” What if factions within a company reflected the political parties’ disagreement on what constitutes reality and utter lack of ability to collaborate? That would be no way to run a company. Unity is as important in business as it is in government, maybe even more so. Most businesses aren’t too big to fail.

What color is the sky in your world?

If people can’t agree on the set of facts surrounding an issue, they can’t come up with solutions. This proves true in Washington where competing truth bubbles run rampant as politicians try to gin up support with spin. As a nation, we’ve slowly built up a tolerance for lies.

But now the falsehoods are streaming out of Washington at a fire-hose volume, and we’ve reached a crisis point. At the end of the year, The Washington Post noted that President Trump averaged 15 lies a day in 2018 — nearly triple the 2017 average. Today, the credibility gap yawns wider than ever before, and it makes solving problems almost impossible.

Unfortunately, “fake news” isn’t just a political phenomenon – it’s a problem in company boardrooms and leadership meetings too. And just as politicians often cite misleading statistics to make their case, business leaders are frequently guilty of cherry-picking “facts” that put their department in the best light and cast blame on others.

The culprit? Incomplete data or numbers taken out of context. Say a marketing team needs to generate 1,000 qualified leads so sales can close 50 deals. The company comes up short in its sales goals, but marketing cites numbers from its martech stack that show it held up its end of the bargain. Then the sales team makes a quick return with competing data from its customer relationship management (CRM) system which supports the sales team’s claim that “marketing’s leads were garbage.” Who are we to believe?

The underlying problem in this scenario is that there’s no shared reality, no credible data set that is shared across the entire organization. To solve the “fake news” problem, companies should put all their sales and marketing data in their CRM system. Otherwise, they’ll continue to base actions on competing versions of reality. And as we’ve seen from Washington, that way lies madness — and dysfunction.

“Stronger together” is more than a political slogan

No matter if you’re a Democrat, Republican, or otherwise identified, history clearly demonstrates that when people work together, they can achieve more than they can separately. In a rare show of bipartisan unity, Republicans and Democrats in the House and Senate worked together to pass the First Step Act, a crime bill designed to reduce recidivism and reform federal criminal justice operations — a bill Mr. Trump signed into law late last year.

The overwhelming support for the bill shows what political factions can do when they stop lying to us and each other, come together around a common purpose, and collaborate to solve problems. Unfortunately, that bill’s passage was an anomaly; the parties remain divided, and resulted in the longest government shutdown in history. The same is true in too many businesses, where departments work at cross-purposes — and lose opportunities due to lack of collaboration.

Building a “stronger together” culture starts with understanding each other’s different points of view as well as your shared mission. In Washington, too often legislators put party politics over their common duty of conducting the people’s business. In business, department leaders often point fingers to absolve themselves of blame instead of collaborating to solve problems and focusing on their true goal of creating value for the company.

“Blame-casting” might work in the short term — the boss might buy one team’s explanation and hold another group responsible for a setback. But is that really what’s important? Do we come to work to polish our image in the boss’s eyes, or are we there to add value by generating revenue and achieving business objectives? For most professional adults, it’s the latter, and to truly move the needle and accomplish a business goal, collaboration is a must.

In our marketing and sales example, it’s critical for the two teams to come together and clearly define what a qualified lead looks like and exactly how it is generated. The two teams need to understand and respect each other’s place in the value-creation chain and agree on a set of metrics that indicate progress as well as a data source that is credible to everyone. Then they can work together like adults instead of feuding like middle-schoolers — or politicians.

The political divisions in the US are real. Divided companies tend to split along fault lines that reflect genuine differences of opinions too. But true collaboration is defined by bringing together different perspectives so you shouldn’t expect an era of kumbaya. If new and different ideas are flowing, a debate — even a heated one — on how to achieve objectives is possible, even if everyone in the organization agrees on a single source of data reality and fully commits to collaboration.

The necessary element in both government and business is a shared sense of purpose and goals. Competing visions on how to achieve those objectives are inevitable, but factionalism is a choice. The gridlock in Washington reflects a slide into factionalism — one anticipated by George Washington and John Adams when they warned of the dangers of a two-party system.

The American democratic experiment is being tested now. Many companies are dealing with a similar stress test for parallel reasons. The good news is that we get to choose our path every day. If your company has fallen into factionalism, there’s still time to stop — do a reality check, recognize your common goals, and work together to achieve them. If our feuding political parties can’t set a good example, at least they serve as a cautionary tale. It won’t be easy but it’s necessary, because in your business, failure shouldn’t be an option.