The following diagram illustrates how a $1,000 Opportunity (our wedding cake) and its revenue (cake slices) will be allocated for a Percentage-Based Model vs a Point-Based Model Attribution Model (with extra points for Contact Roles). 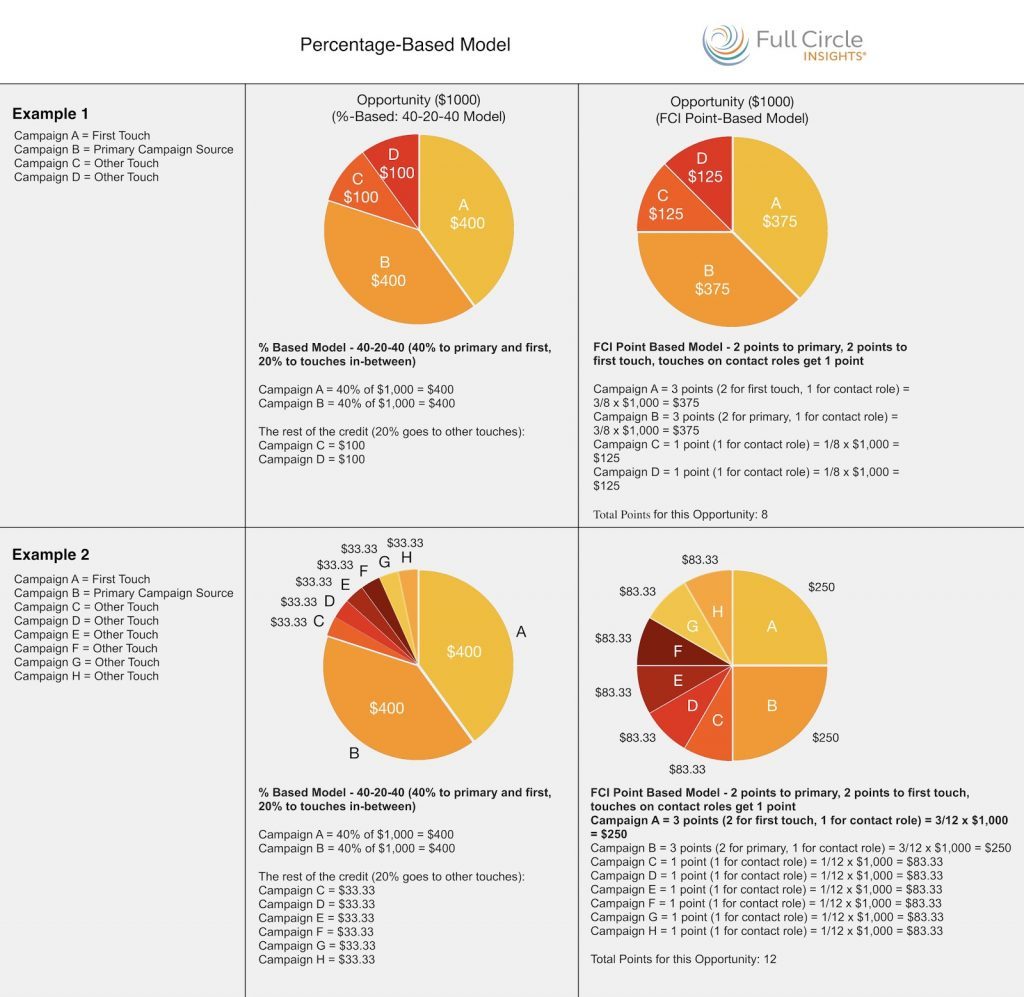 Brian is a Business Analyst on Full Circle’s Customer Success team. Prior to joining Full Circle, Brian worked on many ecommerce-based businesses, which involved systematizing business processes with cloud-based tools like Salesforce. He is an advocate of entrepreneurship and a believer in cryptocurrency.